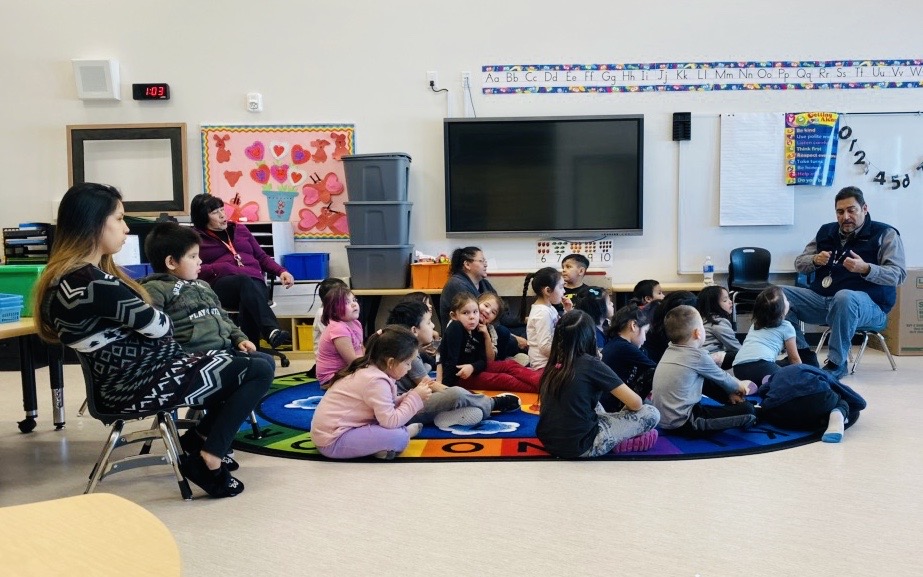 “Restoring Our Inherent Right to Our Knowledge”

First Nations peoples have an inherent right to learning and to knowledge. This inherent right comes from the Creator who placed each of us in our traditional territories since time immemorial. Our ancestors had an education system in place. It existed before the newcomers arrived. It was a system built on oral history, traditional knowledge, mentorship, observation, and lifelong learning.

When the newcomers arrived, systems that had been in place since time immemorial began to change. Colonization interrupted the systems of our ancestors including our traditional formof education. The residential school systemwas imposed upon our people and we are now cognizant that those schools were a tool of cultural genocide (TRC).

Our ancestors continued to maintain that we hadan inherent right to learning and to knowledge, not only to traditional education, but later, to Western education. Our ancestors recognized changing times, and the importance for First Nations peoplesto be able to walk in both worlds. They wanted future generations to sustain their First Nations identity while learning ways of the Western world—not by force but by exercising their agency.

First Nations of Treaty Two Territory has designed a K-4 school for Indigenous children that will focus on deepening students’ Indigenous identity. The school will be centered on reclaiming and revitalizing traditional forms ofeducation and language, as well as incorporate Western ways of learning. Our ways will be at the center; others will be at the peripheral.

In the making of Numbered Treaties starting with Treaty One and Treaty Two in 1871,Local Nations were promised “a school in each reserve hereby made, whenever the Indians of the reserve shall desire it.” First Nations peoples were promised access to education. Thereafter, section 35(1) of the Canadian Constitution (1982) recognized and entrenched Aboriginal Rights and Treaty Rights. Aboriginal Rights are closely connected to inherent rights because they are rights held collectively by Aboriginal peoples in Canada by virtue of using and occupying their traditional territories since time immemorial.

Over time, local, national, and international documents have been developed that further entrench and support First Nations peoples’ access to education including Wahbung: Our Tomorrows (1971), Royal Commission on Aboriginal Peoples (1991), First Nations Control of Indian Education (1972—updated by AFN in 2010), United Nations Declaration on the Rights of Indigenous Peoples (2007), Truth and Reconciliation Commission of Canada’s 94 Calls to Action (2015), and the Indigenous Languages Act (2019). Thus, inherent (Aboriginal) rights maintain First Nations peoples’ access to education, and Western forms of law have recognized, entrenched and affirmed such rights.

The vision for this school is that it will be centered in Indigenous knowledge and ways. Its overall goal is that each student will possess a deeper connection to his or her First Nations (Indigenous) identity.

This K-4 school will consist of the following:

Teachers will be experts in their subject area as to correspond to the school’s standard of excellence and to equip all students with a strong ability to participate in society, and to walk in both worlds.